This 5 post series addresses as to how “we are facing exponential threats from resource crunch and environmental degradation and that in response, we are inventing a new idea age”.

One ray of hope against this exponential threat is one proven exponentially growing tool available with us: Our technology, at least the Information Technology. A group of people are such staunch believers in the power of exponential technology that they even predict that human beings would demat (de-materialize, become digital) by 2045!

In a world where human beings are demated (i.e. our minds are ported into machine), we don’t need agriculture, we don’t need cooking, we don’t need transportation (we will travel on electrons), we don’t need to die, we don’t need to have children, we all can have zillion clones, each one of them living inside a $1000 computer! The world inhabited by demat human beings will use less resources than anyone in 20th century could have imagined. This merger of man with machine was named the Technological Singularity (or, simply, Singularity) by the man who predicted it. It is, of course, so loony and so outlandish an idea no on in their right mind would even dare mentioning it in a civil conversation. Only problem is that this idea has been put forward by a no-nonsense person, backed by solid data with mind boggling predictive power.

Ray Kurzweil, the proponent of Technological Singularity, took 15 different prominent lists, containing major intelligence events in the history of planet earth and plotted it on a log-log graph sheet. Here is what he got: 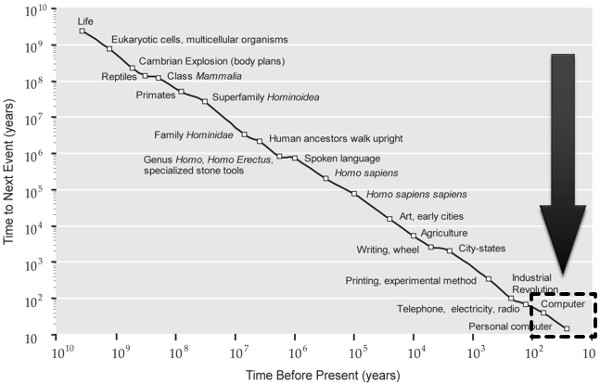 Kurzweil showed (see his book Singularity is Near) that the exponential growht of information technology during later past of 20th century, attributed to Moore’s Law, is merely a part of a larger trend that has been unfolding from the formation of Milkey Way Galaxy! The trend is so reliable and predictable that Kurzweil proposed that it could be safely extrapolated into the future. 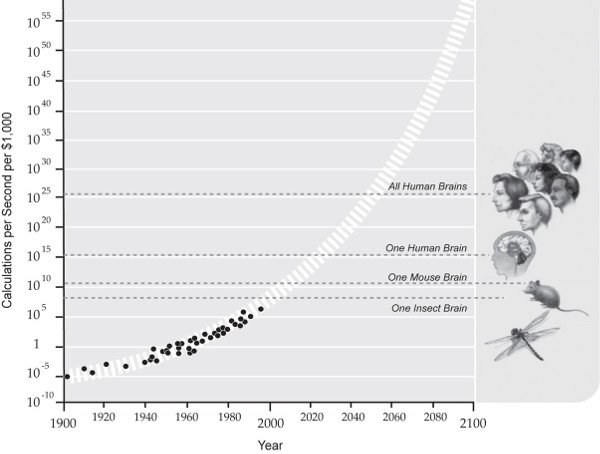 By extrapolating the trend, he showed that by 2013, our super computers would have enough processing power to enable human brain’s functional simulation

But then, were are the cyborg mice?

While Kurzweil had provided wonderful argument to establish the predictable growth of computing power, he failed to show convincingly as to how the increase in processing power would result in augmentation of intelligence. Though, he provided some indirect evidences to his argument. Kurzweil showed that even stuff that doesn’t seem to be directly related to information technology explosion seem to follow the exponential curve. 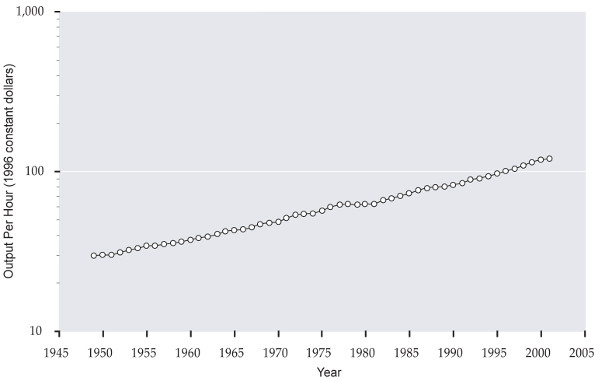 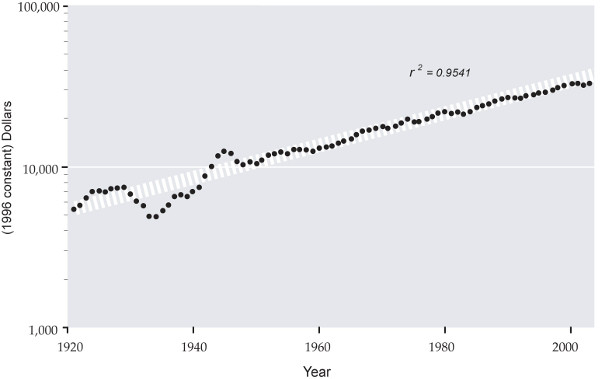 A thinker, author, journalist, politician and ex-banker called Matt Ridley came up with a plausible explanation for the puzzle that Kurzweil left unanswered. Unlike the data driven argument put across by Kurweil, Ridley’s explanation was just another leap of faith. Though, he made an elaborate anecdotal evidences and couched his argument in it. As we will see in the sequel to this post, Ridley argued that human ingenuity would rise to the occasion and save the day.