This 5 post series addresses as to how “we are facing exponential threats from resource crunch and environmental degradation and in response, we are inventing a new idea age”.

There are a bunch of reason for us to believe that we have entered a new age of creativity. Another renaissance. But in its scope, this one will be like no other. By the time it has run its course, humankind would have, I speculate, made a clean break with the past.

If we are considering idea generation at social level, then we can treat each human being as a node in our network. As we have seen in an earlier post, bigger human population creates more new nodes.

But if we ignore the physical containers of idea/knowledge/information, every new discovery or idea becomes another node in the fabric. When a new node is added to a network, it makes new pathways possible (image below).

Birth of an node (idea) increases the number of existing connection (ideas), which in turn increase the possibilities of several more connections (ideas) germinating.

Thus, the new ideas increase exponentially in quantity! Today, we are seeing important new ideas coming in every day, with each new idea begetting even more ideas. We are getting inundated with creative opportunities. Understand the idea-inundation is key to preparing for the age of creativity.

New ideas have another interesting effect. When we come across novelty, it increases the levels of a brain chemical called dopamine. Among other things, dopamine inside our brain increases the alertness and focus.

Brains are built in such a way that we love to work with novel stuff. Novelty tickles our brain cells into working with them. With so many new things popping up all around us, we are all gradually becoming idea generating machines (the only way to work with a new information is to integrate it with the rest of our knowledge base, which is same as forming new connections to the novel idea).

Vast majority of younger generation is familiar with tools for data analysis, visualization and (product) design. These tools are helping us to combine ideas much more easily, and with far less resources and time.

We also have massive interest-groups online, who come together to create, fine tune, implement and exploit new ideas. Idea generators get almost instantaneous quality feedback. Instantaneous feedback is the corner stone building expertise in any domain.

Today, we not only have more than 7 billion brains in the network, these brains are also inter-connected in a way that was unheard of even 25 years ago! While internet is the pipeline through which the connectivity happens, we have several internet-dependent devices that improve the quality and pay-off of the connections.

Social media is one such device that helps us extract more juice out of global connectivity. The world has now become a huge monkey-see-monkey-do society, with each of us learning from everyone else. Because we all show our best face in the social media, we are learning positive habits/attitude from each other in unprecedented speed. And by helping us to learn to express ourselves in small steps, social media is helping us all to become creative.

We are not strangers to the win-win nature of idea sharing. However, we have had tremendous reservations in sharing ideas that brought power and money. But that has changed now.

Today, we have more opportunities than any one of us can handle alone. Besides, the speed of change is so rapid that there is not enough time for a single person to build sufficient expertise to exploit a domain. Consequently, we are beginning to more freely share all sorts of ideas. In a world where a product has a typical life cycle of 3 to 5 years, one lone individual trying to build an edifice out of a single idea over 20 years is often a recipe for disaster.

We are also going through another important attitude shift: We are rediscovering the pleasure of belonging to a community.

We are social animals. We seem to be biologically pre-disposed to deriving pleasure from sharing. We are taking the pleasure community to new levels by becoming pioneers of sharing. We already share things from cars to clothes to house. Sharing, or Collaboration Economy, is becoming the next big thing and a manna for the folks keen on sustainability. 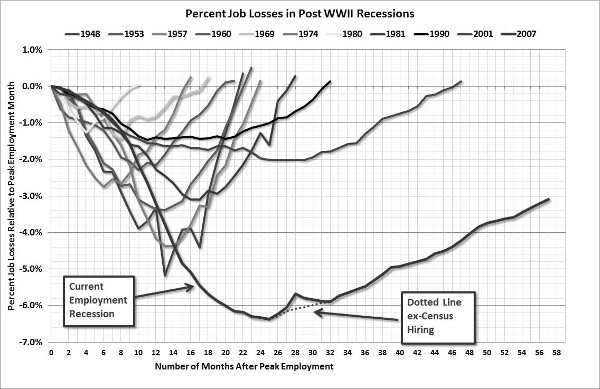 With the global recession, the people in the West now have more time than they have money. The resource crunch is incentivising them to become more creative and democratizing the process of idea generation.

In the same time, masses of people in the developing countries across Asia and Africa are leaving poverty behind. These people now have some surplus time and money. They are beginning to explore things beyond basic survival. There is a good chance that this population, which has leapfrogged into knowledge world, will be more adapt in working with ideas than the earlier generations that came off the boat.

The last factor that democratizes the idea generation process is the pressure from the serious survival threats that our civilization is facing presently. Because of their exponential nature, the threats will hit us so fast that our existing creative infrastructure won’t be able to handle them. We will end up recruiting all creative faculties, every human brain that is ready to contribute.

In the next article in this series, we will see what we can do to prepare for the idea age.